Recently on show at the Royal Academy in London was an exhibition of early Ukiyo-e art - The Dawn of the Floating World - from the collection of the Boston Museum of Fine Arts. 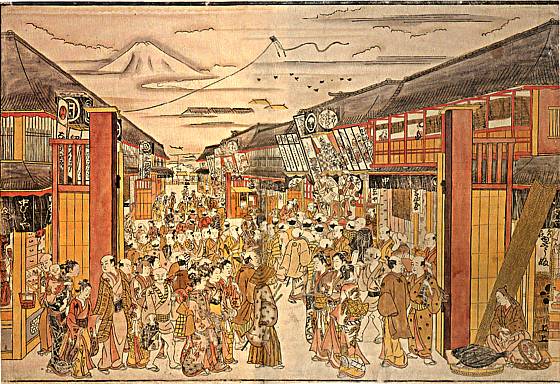 Amongst the works on show was Large Perspective View of the Theatre District in Sakai-cho and Fukiya-cho by Okumura Masanobu (1686-1764). The scene shows a busy street, bustling with activity. As well as two theatres and three puppet theatres, the street has teahouses, restaurants and shops. In the bottom right-hand corner is a street vendor selling fish.

This print was made at the New Year of 1745 and flying in the sky to the right of Mount Fuji is what appears to be a either an Edo-nishike (a smaller, more simply bridled version of the large Edo kite) or possibly a Tsugaru kite. The former is more likely as the scene is set in Edo, now Tokyo. 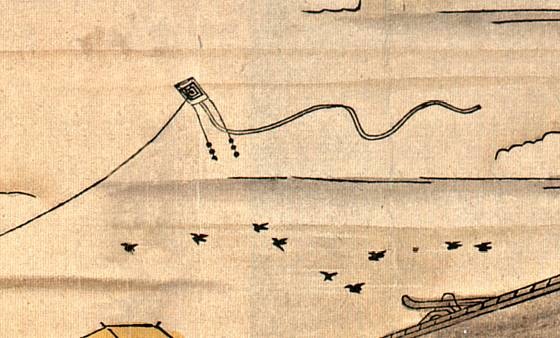 The exhibition has now closed, but more Ukiyo-e prints can be seen at either the British Museum or the V&A.